The full text of the resolution is below.

Resolution in Support of the Millennium Bulk Terminals Project

submitted by the Longview/Kelso Building and Construction Trades Council

Whereas, the Longview/Kelso Building and Construction Trades Council believes that it has a duty, both as a representative of its Building Trades members and as a part of the Longview-Kelso community, to encourage local opportunities for jobs capable of supporting a family;

Whereas, the economic boom in construction and other industries found elsewhere in the state has not yet reached Cowlitz County;

Whereas, the loss of area employers such as Reynolds Aluminum and the decreases in the pulp and paper industry has caused a lack of suitable living-wage jobs;

Whereas, these losses have resulted in a decline in the tax revenue required to adequately fund our schools, parks, roads, and other essential services;

Whereas, Millennium will support more than 2,600 jobs during construction and a full-time complement of 300 family-wage positions once operations commence;

Whereas, Millennium approached the Building Trades to sign a Project Labor Agreement ensuring that the Millennium Bulk Terminals project is built Union;

Whereas, during construction Millennium Bulk Terminals will generate $37.2 million in state tax revenue and $5.9 million in county tax revenue;

Whereas, in addition to the need to use the resources that are the local hard-working men and women, the Longview/Kelso Building and Construction Trades Council also recognizes the need to maximize the resources available, such as deep water shipping capabilities and areas zoned for industrial use;

Whereas, Millennium Bulk Terminals is located on a 530-acre heavy industrial brownfield site that’s been underutilized for more than a decade and that Millennium has spent over $25 million cleaning up;

Whereas, Millennium chose to use local Union contractors for the demolition and site clean-up at the industrial brownfield beyond what is covered by the Project Labor Agreement;

Whereas, Millennium has demonstrated its intent to be a part of the community since its arrival in Longview by being actively engaged in activities that address the social and economic challenges in Cowlitz County;

Whereas, Millennium Bulk Terminals has been an active supporter and advocate for increased Career and Technical Education (CTE) in local schools;

Whereas, this community involvement and the all the potential benefits this facility will bring to the area has gained Millennium majority support in the local community;

Whereas, Millennium has gone above and beyond the local, state, and federal requirements while engaged in the permitting process; and

Whereas, applicants (such as Millennium Bulk Terminals), communities, and tradesmen and tradeswomen should not be subjected to a permitting process that has still not reached completion after over five years of evaluations, studies, meetings, hearings, and reviews because such a timeline discourages true public involvement, erodes predictability for local contractors and their skilled craft workers, and dissuades private infrastructure investments and the community benefits they provide;

Now therefore be it resolved, that the Washington State Building and Constructions Trade Council reaffirms its strong support for Millennium and pledges to continue to work in all possible ways for the successful permitting and construction of the Millennium Bulk Terminals project; and

Be it further resolved, the Washington State Building and Constructions Trade Council calls on all affiliated Locals and members to participate in all public review processes to push for a reliable permitting timeline that will show businesses they can flourish in Washington State, and also to advocate for the high environmental standards, the quality jobs, and the local and state revenues this project will bring; and

Be it finally resolved, that the Washington State Building and Constructions Trade Council will continue to communicate their support to Governor Jay Inslee, the Washington State Legislature and Congressional Delegation, statewide elected officials, and relevant federal, state and local government agencies.

At Millennium Bulk Terminals-Longview, we know fulﬁlling the remarkable potential for our facility requires careful planning, hard work and a commitment to community. Our objective is to provide a responsible, productive and prosperous global port facility here on the Columbia River. 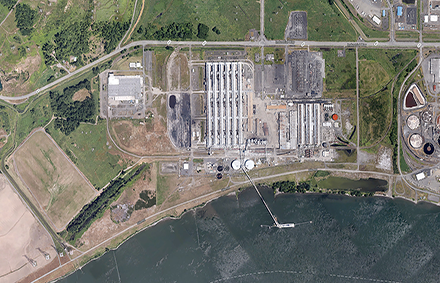